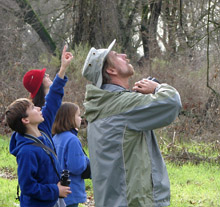 Read all the biographies here.

A special note about Field Trips

Please arrive at the location indicated 20 minutes prior to your scheduled event. This will allow us time to check you in and ensure the trip leaves promptly. We ask that you follow your field trip leader from the meeting location to the final destination. Anyone arriving after the field trip leader has left may not be able to join the group. Walk-in registration may be available for some events during the weekend of the Festival.

Weather may change a trip's itinerary, but most trips will be conducted rain or shine. The weather in the valley during January is variable. It is generally cold and sometimes rainy, with daytime highs ranging from 50F to 65F.

Be sure to bring the following on your field trips: rain gear, waterproof footwear, layered clothing, binoculars, camera, field identification guide, water and snack or lunch as needed. Please also check out the Tips & Etiquette below to help you enjoy your day to the fullest.

To make your trip more enjoyable for yourself and others, we ask you to please use these following etiquette tips: 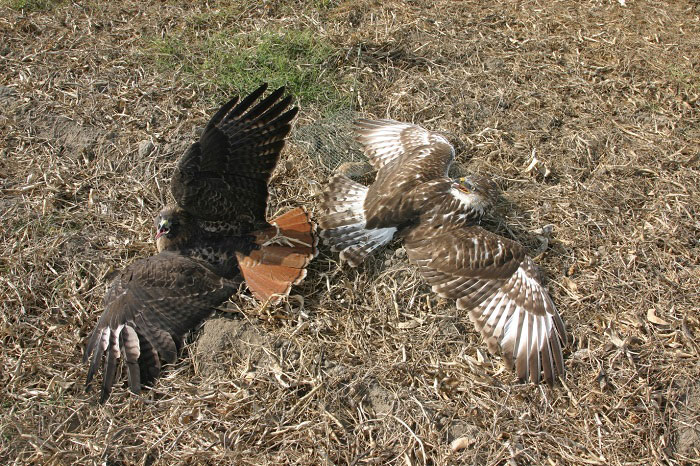 Take your birding to another level! Join a team of biologists, who will capture and band raptors in the field. This field trip will include instruction on raptor identification and trapping methods. Once birds are captured, we will discuss safe handling methods, provide information for identifying raptors by age and sex (when possible), and teach traditional methods used when banding raptors including collecting morphometric data and conducting health assessments. Carpooling is mandatory to keep the number of vehicles to a minimum. This trip is also offered on Saturday.

Scott Thomas is a raptor biologist and project manager for Kidd Biological, Inc, a small consulting firm located in southwestern California. Scott maintains state and federal permits authorizing capture and take of various threatened and endangered species ranging from California Gnatcatchers to Golden Eagles. Since 1985 Scott has concentrated his efforts in raptor research and banded approximately 5,000 nestling and adult raptors throughout the western U.S. and Scandinavia with an emphasis in northern and southern California.

Colin has been an active birder and raptor enthusiast for 32 years. His first work was with Peregrine Falcon cross-fostering work for Alturas Bureau of Land Management in 1987 as a volunteer and has been active with monitoring Peregrine Falcons in California and Oregon ever since. He has worked as a wildlife biologist for the US Forest Service - first in Brookings and Gold Beach, Oregon from 1988 - 2001 and then on the Plumas National Forest from 2001 to present. Colin has birded extensively around the world. His favorite local birds are the Peregrine Falcon and Pileated Woodpecker.